Somewhere around ten years ago, I studied Journalism at the University of Nebraska in Lincoln. The bulk of the Journalism classes centered on skills required for day to day work like writing, production, videography, and *shudder* performance. In addition to these, every J-student no matter what their focus—print, broadcasting, or advertising—had to take three core classes: Mass Media Law, Mass Media History, and Mass Media and Society. Looking back, these were my favorite Journalism classes (even though Media Law was difficult for me), and they've had the biggest impact on my daily life. If I remember right, these classes were only open to Journalism students, and I think that's a shame. Mass Media affects all of our lives, and these classes made those effects apparent to me. They're where I first heard words like "gatekeepers" and "opinion leaders". They're where I saw Mass Media's monetary goals conflicting with its goal of keeping people informed. These classes gave me a base of knowledge I could use to critically evaluate any media I came across in the future. So I think everyone should take these kinds of classes, or study the media where they can.

Since college, weblogs have had the biggest impact on my view of Mass Media. I think speaking with each other through the web is a great antidote to some of the problems with Mass Media, but weblogs are still heavily influenced by Mass Media. Traditional Media still largely determine what conversations we have here, and that's why I think it's still worth studying exactly how these things work. Unlike weblogs, traditional media (especially television) is terrible at covering itself. Mass Media works best if you don't think about the machinery that produces it, so it's very rare that the Media will promote Media Literacy. (Pay no attention to the man behind the curtain. ;) )

So my Journalism classes whet my appetite for understanding how the Media works, and since then I've read several books about the Media that have helped me understand it. I thought I'd share a few of those books, and put together a list of sources I would use if I was teaching Guerilla Media Literacy 101. 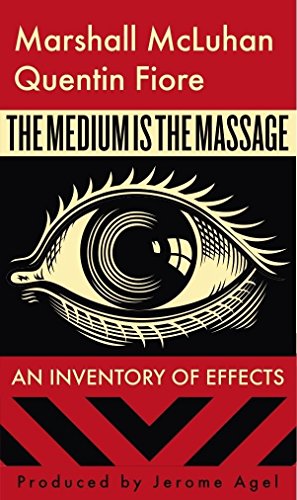 The Medium is the Massage by Marshall McLuhan 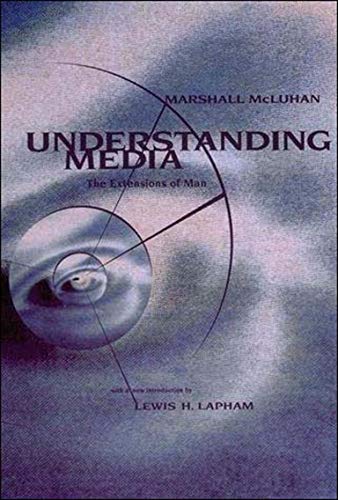 Understanding Media: The Extensions of Man by Marshall McLuhan

This book expands on the ideas in The Medium is the Massage, and examines specific technologies in detail: clothing, money, clocks, print, comic books, games, typewriters, television, etc. 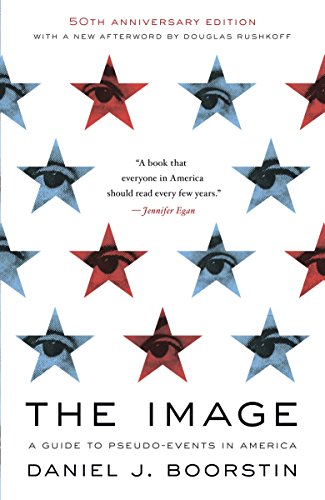 The Image: A Guide to Pseudo-Events in America by Daniel J. Boorstin

I spotted a reference to this book randomly on someone's weblog a few years ago and picked it up. Boorstin was a historian, and Librarian of Congress for many years. He wrote many books about the history of America and the American experience. This book is his look at the American Media, or as he says, "...how we have used our wealth, our literacy, our technology, and our progress, to create the thicket of unreality which stands between us and the facts of life." His concept of specifically-fabricated pseudo-events (opposed to spontaneous events or propaganda) helped me understand the idea of "news". The book also has some great ideas about celebrity. 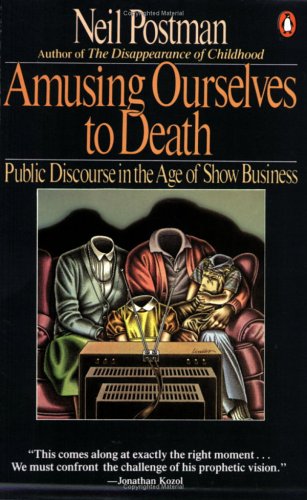 Amusing Ourselves to Death by Neil Postman

This is a very dark look at the negative effects of television on society. It was difficult for me to read, but it pointed out some important mechanics of television to me. I wrote a bit about my reaction to this book in December, 2003. Now...this. 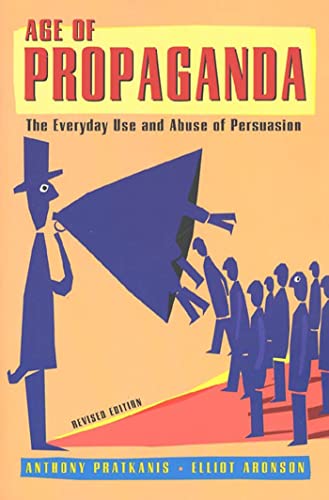 Age of Propaganda by Pratkanis and Aronson

Media producers use all kinds of psychological tools to sway public opinion or create demand for products. In this book the tools are explained and backed-up by citing psychological studies. Now that I know these tools exist, I can see them in action all the time.


Mass Communications Law in a Nutshell by Carter, Dee, Zuckman

Wow, is this book dry. But it's like having that Media Law class in the palm of my hand. I use it more for reference than for light reading, but just flipping around it can give you a crash-course in key concepts like privacy, defamation, obscenity, and lots of other reasons lawyers are hired. It's also interesting to read about the FCC and how/why broadcasting is regulated. 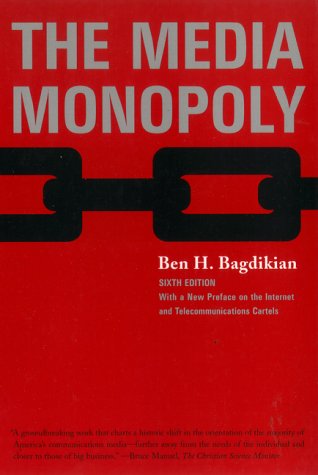 This book is a critique of the business-side of Media, and challenges widely held ideas about how advertising pays for our "free" media for us, and makes things cheaper. The book also takes a look at how Media consolidation is limiting the number of voices and points-of-view that we get to hear, and how advertising affects content. The book was written in the mid-80's, but Media consolidation has only increased since then and the ideas here are even more relevant today. This book also explains the origins of "objective" news and the rise of experts, which was very helpful. It gets a bit bogged down in the math of the business at times, but it makes a very interesting case that things don't have to be the way they are now.

Toxic Sludge is Good For You! by Stauber and Rampton 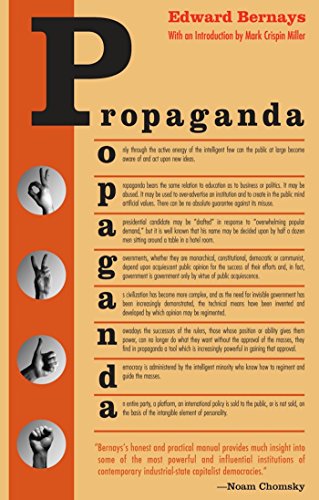 Which leads me to a book that Bernays wrote in 1928 called Propaganda. After working for the government to rally public opinion for WWI, Bernays turned his attention to the commercial world. He viewed "Propaganda" (then the term didn't have its negative connotations) as a public service, and PR-professionals as an intelligent elite that guides the public into action. It's a fascinating read about Bernay's views of the industry he created, and some of his techniques for practicing public relations. (He was very influenced by his uncle, Freud.) The book isn't in print anymore, but you can get a photocopy (literally) through alibris. (Though it looks like they're reprinting it in book form!)


That's it—my personal guerilla course in Media Literacy. The list may seem a bit negative, but these books have really helped me understand some of the ways the Media influences me. And I think it's my responsibility to know the good and bad of the Media, so I can make any changes necessary. Or as Marshall McLuhan more hopefully put it, "there is absolutely no inevitability as long as there is a willingness to contemplate what is happening." I hope these books will help you contemplate what's happening in Mass Media like they've helped me.
Sep 21st, 2004, 1:54 pm
books tv medialiteracy
Paul Bausch
« Previous post / Next post »

pb's crash course in media literacy
http://www.onfocus.com/index.asp?09/2004#3566......
by anil dash's daily links on Sep 21st, 2004 at 3:30 pm
Personal guerilla course in Media Literacy
Personal guerilla course in Media Literacy......
by Grubbykid.com :: Links on Sep 22nd, 2004 at 8:19 am
You should add Amy Goodman's new book to the list. A stauch advocate for a press that is not under the influence of corporate "culture" she can be seen/heard on Pacifica radio, and free speech TV, her news program is called Democracy Now!
by Laura Hatfield on Sep 22nd, 2004 at 1:57 pm
Thanks for the recommendation, for the record her book is called, The Exception to the Rulers: