washingtonpost.com
Zuckerberg once wanted to sanction Trump. Then Facebook wrote rules that accommodated him.

"Facebook has constrained its efforts against false and misleading news, adopted a policy explicitly allowing politicians to lie, and even altered its news feed algorithm to neutralize claims that it was biased against conservative publishers, according to more than a dozen former and current employees and previously unreported documents obtained by The Washington Post."

This article is a good summary of how Facebook rewrote its policies to accommodate hate speech and misinformation so they could stay in favor with the current administration. Related, so far more than 100 advertisers have agreed to stop advertising on Facebook in July: Facebook’s reckoning arrives.
Recommended · Jun 30th, 2020, 7:17 am
Paul Bausch

washingtonpost.com
Why simple cloth masks without valves are better at fighting the spread of covid-19

"Any mask that incorporates a one-way valve (typically a raised plastic cylinder about the size of a quarter on the front or side of the mask) that is designed to facilitate easy exhaling allows droplets to be released from the mask, putting others nearby at risk,” the order says."

I'm seeing valve masks quite a bit more in the wild and I always cringe a bit. We're trying to keep our breath to ourselves.
Recommended · Jun 30th, 2020, 6:59 am
Paul Bausch 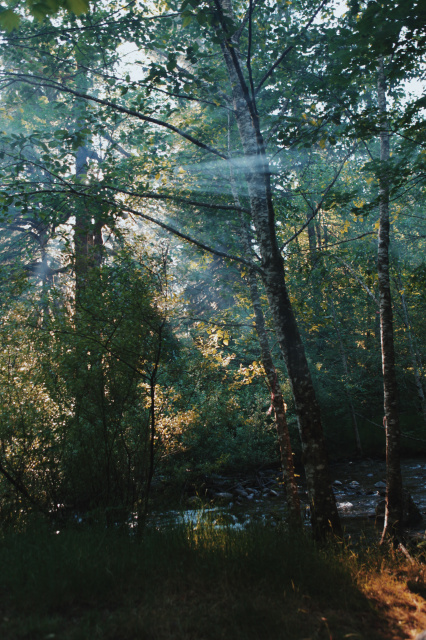 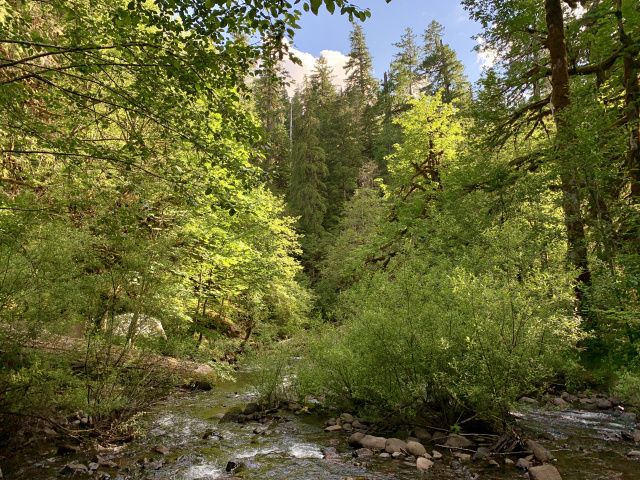 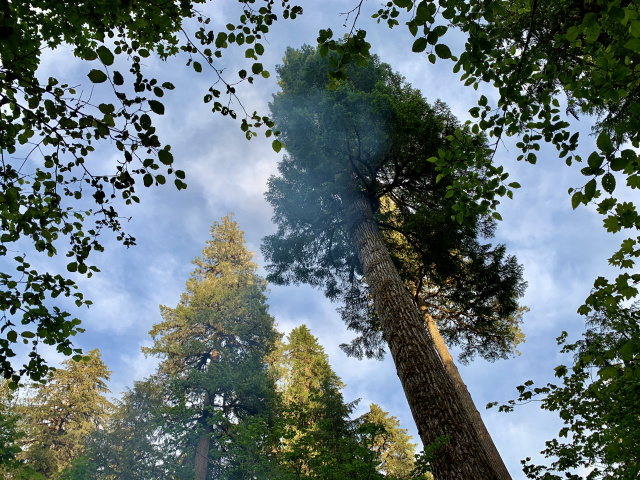 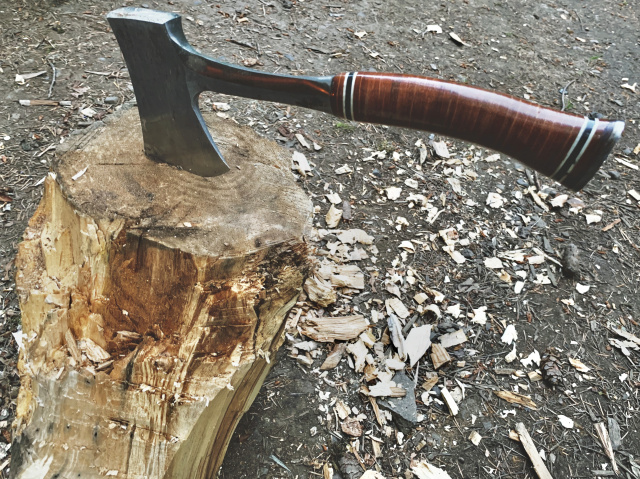 Happy to see that OSU and UO are willing to examine their traditions and make changes to make them more inclusive.
Recommended · Jun 26th, 2020, 10:37 am
Paul Bausch

fivethirtyeight.com
What To Look For In A Face Mask, According To Science

"At the end of the day, many experts also say that any face covering is better than no face covering. Do your best to find a mask that is breathable and that you don’t mind wearing, and you should be in good shape."

Most places are requiring masks now because they work. Wearing one doesn’t hurt much and might even help a lot.
Recommended · Jun 26th, 2020, 8:44 am
Paul Bausch

nytimes.com
Ad Boycott of Facebook Keeps Growing
A growing list of businesses I appreciate that are willing to break with the status quo to send a message. List includes REI, North Face, Patagonia, and Ben & Jerry’s. Since this was published, Verizon has said they’ll stop advertising on Facebook:

"We found an advertisement for Verizon appearing next to a video from the conspiracy group QAnon drawing on hateful and antisemitic rhetoric," the letter read, "warning that the Federal Emergency Management Agency (FEMA) is planning to bring on civil war with concentration camps and coffins at the ready and claiming Americans are already quarantined in militarized districts."

Appearing next to hateful conspiracy garbage is not a good look for brands.

nytimes.com
How the Virus Won

"At every crucial moment, American officials were weeks or months behind the reality of the outbreak. Those delays likely cost tens of thousands of lives."

"Since most of the time WebP is used alongside JPEG fallback, by using WebP you will essentially double your storage costs with little benefit."

"While executives across Facebook insist that Mr. Zuckerberg’s position on free speech on the platform is a matter of long-term planning and principle, not political expediency, his political team also recognizes that they are badly out of position for a Democratic administration."

"They allowed incitement to violence against protestors fighting for racial justice in America in the wake of George Floyd, Breonna Taylor, Tony McDade, Ahmaud Arbery, Rayshard Brooks, and so many others. They amplified white nationalists by including news sources with known extremist ties into their 'fact checking' program. They turned a blind eye to blatant voter suppression in their platform."

And I think this older article from April gives important context about why exactly Facebook's alliance with the administration is dangerous:

"Instead of paying to put particular media in front of a specific audience, an advertiser now pays Facebook to deliver a selected outcome from a certain stripe of people. For example, a clothing manufacturer might pay Facebook for webpage visits from women in their 30s who live in Los Angeles, or for likes by parents with college degrees whose online behavior is similar to that of users who had previously made purchases."

The combination of microtargeting, proprietary machine learning, increasing radicalization through recommended groups, and an unwillingness to prevent voter supression or misinformation is hurting our ability to have a healthy democracy.

The Atlantic
Why Americans Might Not Trust the Election Results

"The election is in 160 days. That's usually not enough time to pass new laws, let alone build new voting infrastructure, and it’s certainly not enough time to test any of these systems before they are implemented. And most state legislatures are now working remotely, slowing them down even more." 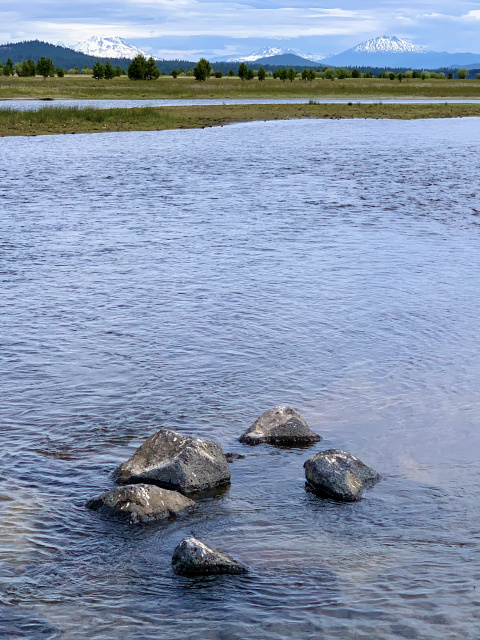 youdownloadtheappanditdoesntwork.com
You Download the App and it Doesn't Work

"On June 15, Apple rejected an update to a previously-approved iOS app called Hey. The app is for a new email service created by a company called Basecamp.

The rationale for said rejection was that Hey offered a subscription via-website without also offering a parallel subscription via Apple's in-app purchase (IAP). Apple takes a 30% cut of IAP revenues during an app's first year, and 15% thereafter."

This site has dozens of examples of apps that you can download from the iOS app store that don't work without a subscription you purchase elsewhere. This makes the rejection of the new email app Hey seem like Apple is singling out a potential direct competitor rather than evenly enforcing an existing policy. 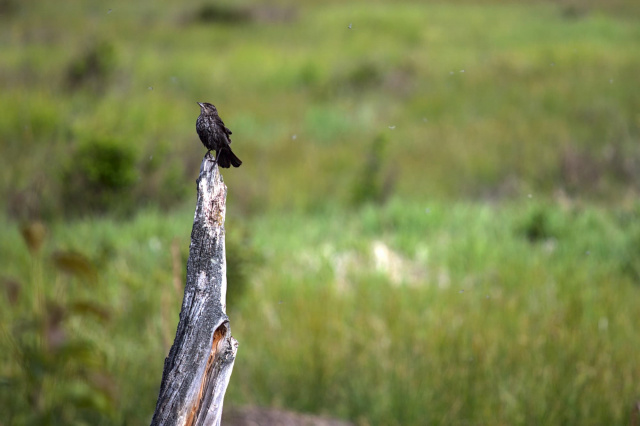 ft.com
How to avoid the virus as the world reopens

"The main reason is obvious: the respiratory droplets thought to carry the virus have a much greater opportunity to disperse harmlessly outside, particularly if there are breezes to carry them away."

"What matters is not only how many votes candidates get, but where they get them. Because electoral-college votes are assigned by state rather than by the country as a whole, and because smaller states receive a disproportionately high number of votes, it is possible for smaller states to overrule the majority of voters."

nytimes.com
How Public Opinion Has Moved on Black Lives Matter

"In the last two weeks, American voters’ support for the Black Lives Matter movement increased almost as much as it had in the preceding two years."

npr.org
No Sign Of Antifa So Far In Justice Department Cases Brought Over Unrest

"On top of that, experts said antifa isn't even a group; it's more of a diffuse movement of leftists who share a similar ideology in opposition to fascism."

How do you demonize an authentic public movement that a majority of people support? Make up an imaginary terrorist organization and say they are behind it.
Recommended · Jun 10th, 2020, 7:51 am
Paul Bausch

"They were designed to fit inside existing firearms as an alternative to shooting someone with a real bullet, often as a way for authoritarian regimes to control a free-speaking, free-protesting populace. And that’s exactly what we’ve seen happen yet again today. As protesters have taken to the streets across the U.S. to protest the murder of George Floyd, they’ve been shot, indiscriminately, with military technologies that are known to maim and kill."

There are some graphic images in this article but it has a good history of how not-as-lethal weapons became ubiquitous. It gives important context to gut-wrenching stories like this: Activist who trained officers on bias ‘heartbroken’ after San Jose police seriously injure him with rubber bullet at protest.
Recommended · Jun 9th, 2020, 6:52 pm
Paul Bausch 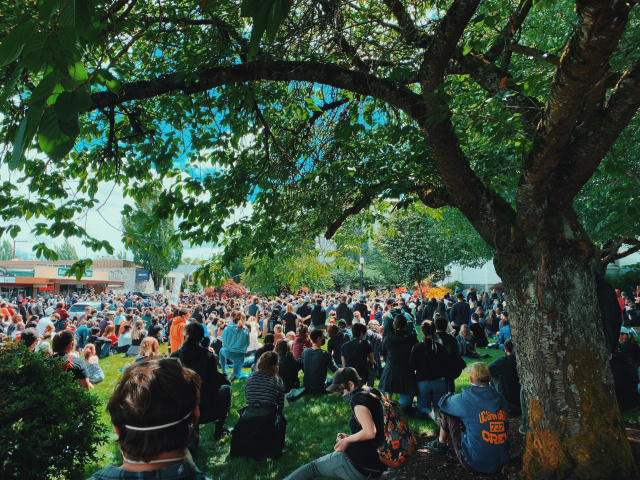 "Nearly three-fourths of Americans view the death of George Floyd at the hands of a white police officer as a sign of an underlying racial injustice problem, a new ABC News/Ipsos poll finds, a significant shift from a similar question asked just six years ago."

The Atlantic
Defund the Police

"A thin safety net, an expansive security state: This is the American way. At all levels of government, the country spends roughly double on police, prisons, and courts what it spends on food stamps, welfare, and income supplements."

I’ve seen slogans like ‘abolish police’ on protest signs and that didn’t make sense to me. Now I see that slogan more like a question: what type of society do we want to be?
Recommended · Jun 5th, 2020, 7:21 am
Paul Bausch

"As I scrolled through endless collections of these online, I found it hard to escape the conclusion that America’s police forces are not just unfairly brutal — they also do not seem to care anymore about being caught on tape."

Cameras are capturing what our system with no consequences for bad actors looks like.
Recommended · Jun 5th, 2020, 7:09 am
Paul Bausch

Apple Podcasts
The Ezra Klein Show: Why Ta-Nehisi Coates is hopeful
Speaking of Ezra Klein (we were!) this is a great interview with Ta-Nehisi Coates. It gets pretty deep on the nature of the State at one point and Coates has some optimism about *gestures around at everything* somehow.

Vox
When police officers are told they’re in a war, they act like it

Klein: Over the past couple of nights, as you’ve seen the collisions between police and protesters, what has that looked like to you?

The Verge
The president and his allies are openly threatening violence. It’s time to remove them from the internet.

By continuing to provide him with a platform, Facebook and Twitter have become a key mechanism in the president’s effort to silence his critics and violate their civil rights — not in their news feeds or timelines, but where they worship, where they gather, and even where they live.

I know I'm a broken record on this, but Facebook is a key piece of infrastructure for our lives and it's doing real harm in the world.
Recommended · Jun 4th, 2020, 7:42 am
Paul Bausch

"Facebook’s principles and policies supporting free speech “show that the right action where we are right now is to leave this up,” Mr. Zuckerberg said on the call referring to Mr. Trump’s posts."

Tear gas, pepper spray, and rubber bullets should be a last resort not the first tools police use.
Recommended · Jun 2nd, 2020, 6:37 am
Paul Bausch

"So the bottom line is this: if we want to bring about real change, then the choice isn’t between protest and politics. We have to do both. We have to mobilize to raise awareness, and we have to organize and cast our ballots to make sure that we elect candidates who will act on reform."