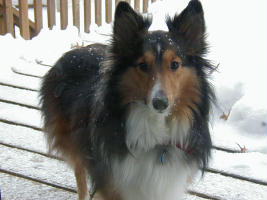 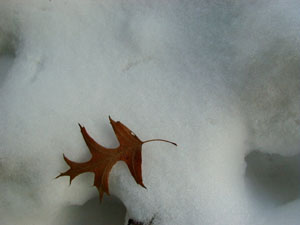 Dec 21st, 2000, 9:13 pm
Paul Bausch
from JMB: Photographing the Commonplace: "Proust compares our memories to drugstores that contain a range of drugs with a range of possible effects; our memories are places where, he writes, 'chance steers our hand sometimes to a soothing drug and sometimes to a dangerous poison.'"
Dec 17th, 2000, 8:59 pm
Paul Bausch
Hypertext Now: Beyond the Portal: "Many have feared that the future of the Web will recapitulate the history of broadcasting: that it will soon consolidate into a handful of dominant sites eclipsing all the others. However, it is likely that the centrifugal force of links will balance the pull of centralization."
Dec 15th, 2000, 2:18 pm
Paul Bausch

Dec 15th, 2000, 8:45 am
Paul Bausch
even better than the real thing: democracy. "We were upstairs at this point, and we looked down at him and asked, in a loud voice -- 'Why are you using a public library to promote a junk food product?'"
Dec 14th, 2000, 4:06 pm
Paul Bausch
sometimes you have to make test posts. don't ask why.
Dec 14th, 2000, 3:43 pm
Paul Bausch
Halcyon Days of Broadcast Ad Model Fade by Christopher Locke: "Mass media are "mass" because they have for so long served the core requirement of mass production: to move excess inventory. The more product such advertising could move, the more profit the company made, so obviously, the bigger the audience the better. Mass media are mass because they're huge. And the way such hugeness is achieved is by appealing to lowest-common-denominator tastes in terms of programming content. The content is merely bait to entice the audience. The real show, the real message, is the advertising. Therefore advertisers want to lower the common denominator so that they can get everyone possible into the audience." [via personalization newswire]
Dec 14th, 2000, 2:28 pm
Paul Bausch
I missed this Big Panda Comics plea for micropayments when it happened, but caught it on Doc Searls Weblog. According to Doc he's been successful. Not sure how successful...but it sounds good. It's refreshing to hear someone speak the truth like this.
Dec 14th, 2000, 1:26 pm
Paul Bausch
oh yeah, one more: make the damn punch-card system of voting illegal.
Dec 13th, 2000, 9:24 am
Paul Bausch Dec 13th, 2000, 9:20 am
Paul Bausch
oh, and the software that runs any type of vote-counting machines should be open source. every part of an election should be open to public examination.
Dec 13th, 2000, 9:19 am
Paul Bausch
Dinah has some great actions that we should take as a country based on lessons learned from this historic election debacle. I agree with all of them, especially proportional electoral votes. (proportional representation in general provides for a stronger republic through greater representation of diverse ideas.) I would also add instant run-off voting to her list.
Dec 13th, 2000, 9:14 am
Paul Bausch
It's like this:
There's this bird
And you catch it in your hands
You feel its softness, warmth, its heart
rapidly beating
But if you keep holding it it's no
longer a bird
So you open your hands
(Catch it and let it go
again and again)

Dec 12th, 2000, 4:31 pm
Paul Bausch
Yesterday I was absorbed by Roadside Geology of Northern and Central California. I couldn't stop reading it. I wonder if I should have studied geology in college instead of journalism. (though I struggled through my meteorology class, which is an ology. [too much math.]) Some of the book was concerned with The Big One. Word on the street is that you want to live somewhere above bedrock or franciscan rock as opposed to unconsolidated sand, gravel, and sediment. (like San Jose.) I think the most interesting part of the book was learning more about places I've been: the formation of various features around Lassen, the Klamath Mountains (mt. shasta may be an active volcano!), and Bodega Head (which has made the long journey up the coast starting near Mexico). So yeah, interesting book. ;)
Dec 11th, 2000, 9:43 pm
Paul Bausch Dec 11th, 2000, 9:17 pm
Paul Bausch
At one point yesterday, we ran into a guy on a four-wheeler. It was a little strange to hear an engine cutting through the complete silence of pt. reyes. He said, "Where are you coming from?" Kay pointed a direction, and said "the trailhead." He continued, "I'm lost on 3,000 acres of farm land." A little while later, he ended up on our trail passing us. There were some very narrow parts of the trail that didn't look wide enough for a vehicle. I hope he made it home ok.
Dec 10th, 2000, 2:04 pm
Paul Bausch
matt, kay, skp, and I went hiking at Point Reyes yesterday. I haven't been hiking for a few months...and today my muscles are letting me know that nine miles was too much. As usual, I took some pictures. It was a dreary looking day, but it was great to be outside for a while. I don't have the 35mm pictures developed yet, though, they'll be coming soon.
Dec 10th, 2000, 1:55 pm
Paul Bausch Dec 10th, 2000, 1:55 pm
Paul Bausch
If you go by the frequency of their appearance on TV, Dirty Dancing and The Breakfast Club are the two most popular movies of all time.
Dec 8th, 2000, 10:49 pm
Paul Bausch
The flowers whirl away
In the wind like snow.
The thing that falls away
Is myself.

Dec 8th, 2000, 4:27 pm
Paul Bausch
This has personally been a bad, bad week. But I'm learning things that I wouldn't have otherwise. And that's all I'm saying about that. augmentation by and by.
Dec 7th, 2000, 11:51 am
Paul Bausch
Clinton: Pot Smoking Should Not Be Prison Offense: "I think that most small amounts of marijuana have been decriminalized in some places, and should be." Why didn't he say this while he was President? Because it makes sense...but would be political suicide. At least he's saying it now. [via metafilter]
Dec 7th, 2000, 11:42 am
Paul Bausch
I haven't seen it yet, but I hear Blogger is in the Street Cred section of the latest (January) issue of Wired. That's so cool. Update: matt has a photo.
Dec 6th, 2000, 8:33 pm
Paul Bausch
Show them all the beauty they possess inside. Give them a sense of pride to make it easier.
Dec 6th, 2000, 11:49 am
Paul Bausch
I believe that robots are our future. Teach them well and let them lead the way.
Dec 5th, 2000, 4:13 pm
Paul Bausch
"If you assume that there's no hope, you guarantee that there will be no hope. If you assume that there is an instinct for freedom, there are opportunities to change things, there's a chance you may contribute to making a better world. That's your choice." - Noam Chomsky. Sometimes that's not an easy choice.
Dec 4th, 2000, 1:33 pm
Paul Bausch
today I took part in a day without weblogs to shift some attention to the AIDS epidemic. It's amazing that last year there were 50 participants, and this year there were 100 times that.
Dec 1st, 2000, 9:50 pm
Paul Bausch