Woke up with an odd mix of You Got What I Need and La Vie En Rose going through my head thanks to Jean & John & Jessie & Hari. (They should make one of those shirts.) They closed down XOXO Day 3 (9?) with some hard-hitting deconstruction of Biz Markie lyrics. The lies needed to be exposed. 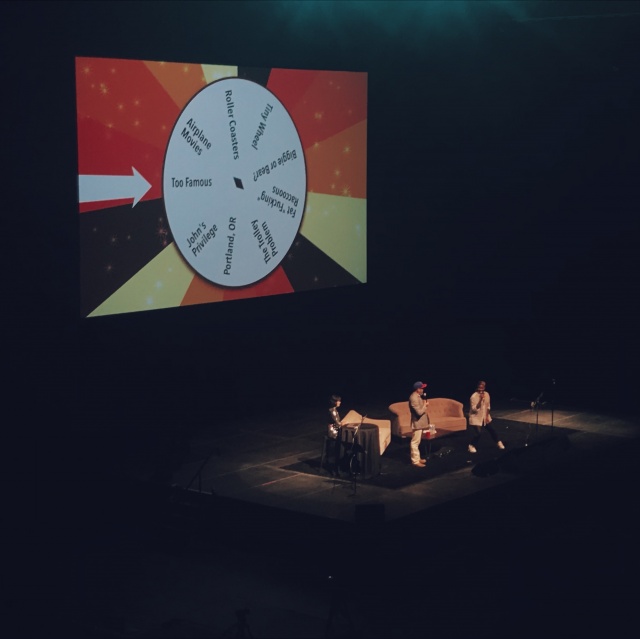 Here are some other quick thoughts I took away from Day 2 (12?): Heading home now so I won't make it to XOXO Day 15, but it was amazing fuel for thought as usual. I also realize I need to make an effort to see my geographically distributed friends in real life—they are amazing too.
Thoughts · Sep 9th, 2018, 9:54 am
xoxofest
Paul Bausch
« Previous post / Next post »
Hi! You're reading a single post on a weblog by Paul Bausch where I share recommended links, my photos, and occasional thoughts.