Today I needed a simple RFC 1123 formatted date for a date in the future and I couldn't find a form online to do the formatting for me. So instead of breaking out Perl or something I took a few minutes to whip up a JavaScript version:

Three months ago Nelson posted about an iPhone app that was helping him track what he was eating: Calorie counting and metabolism. The post resonated with me, so I downloaded Lose It! and started using it. The application is simple: you enter your height, current weight, desired weight, and your desired timeframe for loss. The application comes up with a daily calorie budget and provides tools for tracking/estimating calories.

On April 28th I weighed 200 pounds and I set a goal of losing 20 pounds. Lose It! set a calorie budget for me around 2,100 calories/day, and estimated I'd lose the weight by mid-September. That all sounded fine, but I figured I'd get bored with the application in a week and nothing much would come of it. Like Nelson, I thought I'd at least get a sense of how many calories I was eating each day and that alone would be worth the effort of using it.

I ended up using Lose It! religiously for exactly four weeks. I took a week off at that point and then tracked my calories for one more week. I haven't touched it since. My last entry in the application was on June 8th, and by that point I had lost 10 pounds. Here we are another six weeks or so later and I reached my goal of losing 20 pounds. Hooray!

I have never been able to lose weight. I sit in front of a computer all day and I always assumed my weight problem was due to lack of exercise. Every few months I would make a resolution to run regularly and hopefully lose weight in the process. I could stick with an exercise plan for a couple weeks, but I'd eventually twist a knee or get too busy and give up. Counting calories has been perfect for me because there is no exercise involved and I didn't need to set aside large blocks of time to do it. I do ride my bike a few miles a few times each week and that's up a bit now that it's summer, but I don't ride nearly enough to account for the weight loss.

Why did Lose It! and counting calories work for me? I think it boils down to the simple idea that if you can track something you can change it. I found that I ate similar things every day and by tweaking my routines I could stay within the budget. For example, I used to have a bagel with cream cheese every morning and that was around 400 calories or more. By switching to an english muffin with almond butter, I saved about 50 calories and didn't feel like I was missing out. I used to view them as equal options for breakfast, but tracking every single calorie for a while taught me to see differences in food.

Eating, estimating calories, and staying within my budget became a game to me those first four weeks. Staying within budget was an easier way for me to "win" at something than losing weight. So I measured my success based on staying within budget and eventually the weight followed. I measured food portions exactly, and looked up calories on restaurant websites. (I wish more restaurants published nutrition information online.) I got fairly good at estimating calories and portion sizes, and I always double-checked with the application. If I ever wanted to have a 1,000 calorie bomb in the middle of the day, I'd have to find a way to budget for it. Constantly thinking within these constraints ruled out fast food entirely because I didn't ever want to waste a whole day's worth of calories on one meal. Now I do the calorie-counting in my head, but I needed to track seriously for a while to get to this point.

Anyway, that's my story and I thought I'd post it in case it helps someone else like Nelson's post helped me. I feel better and I feel better about myself. I'm going to stick to a 2,000 calorie diet and see where it takes me. The changes I made are new habits now so why break them?
Jul 29th, 2009, 8:52 pm · 2 comments
Paul Bausch 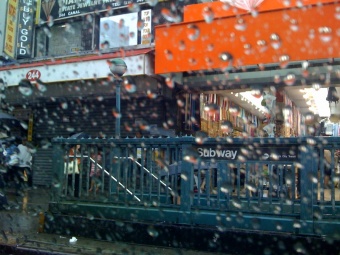 Since everyone has gone Apollo crazy, I'd like to join the bandwagon by sharing one of my favorite Groove Armada mixes, Fly Me To The Moon:

The track contains audio samples from the moon landing, so spoiler alert if you're planning to tune in live for the rebroadcast today. I like to think of it as an overture rather than a spoiler. You can find this track on Groove Armada's AnotherLateNight.
Jul 20th, 2009, 10:26 am
Paul Bausch

These are some scenes from last night's MetaFilter anniversary party in Portland, Oregon. I had a great time talking with old friends and meeting new (to me) MeFites in person—the perfect way to celebrate 10 years. And a special thanks goes to MetaFilter member The White Hat for letting me use his wonderful song Chiefest Microns.
Jul 19th, 2009, 7:29 pm
Paul Bausch 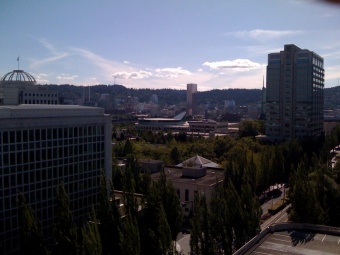 Google Reader is adding some new social features, and one of them is Likes. You can mark that you like a particular post that flows through Google Reader and see other users who have done the same. The Like notification appears in a prominent position directly under the headline: There's no way to opt out of the feature and I found it distracting. To disable it, I used Stylish for Firefox. I chose "Write new style", then "for www.google.com", and I added the following lines (after some CSS investigation): That removes both the Likes count and the button for marking something as liked. It's a lot like the MetaFilter favorites feature but it feels odd because there's little to no community interaction at Google Reader. I guess it might be neat to spot someone you happen to know in a liked-list, but what are the chances? (Showing just my contacts who liked something would be great.) Aggregate data might be fun to see, but I don't need the feature active unless I want to start Liking-posts-up to give them more attention on a list of popular posts somewhere. So until Google Reader liked-lists are more than just a list of random users who liked something, I'm going to mute it.
Jul 16th, 2009, 8:10 pm · 7 comments
Paul Bausch 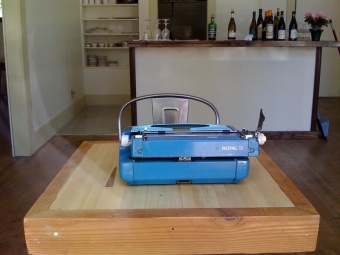 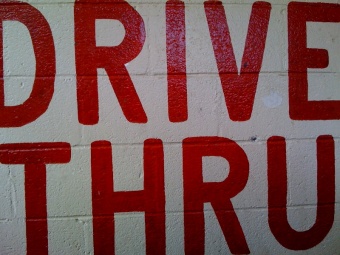 So the other day Jessamyn posted about her custom Gmail style: barely there email and I rushed in to create my own custom style. (You get there in Gmail via Settings -> Themes -> Choose your own colors.) My custom colors look like this: 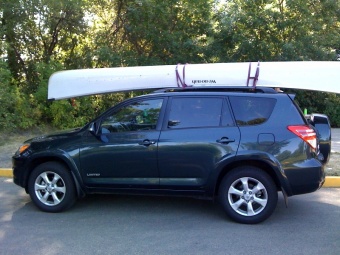