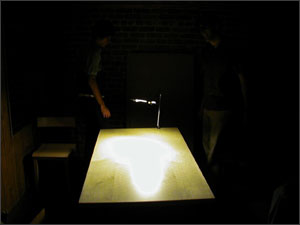 ...and cause discontent until They,
ceasing their investigation,
bring back the days' events,
good citizens and time well spent,
til we're talking in whispers again. 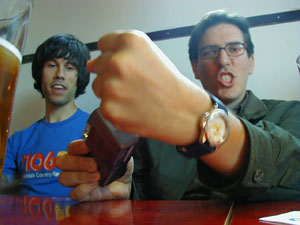 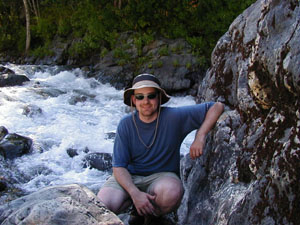 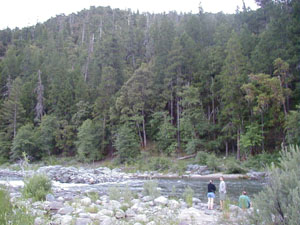 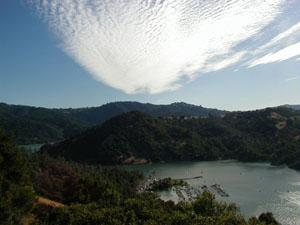 the hotmail truck delivering hotmail
Jun 12th, 2000, 2:14 pm
Paul Bausch
New idea for kozmo. Allow anyone to be a kozmo delivery person. You're going across town anyway? Stop by a kozmo center, pick up a package, and deliver it. Make a few extra bucks. It's like a communal delivery system that is suddenly very expandable. This is a great idea if you don't think it through.
Jun 12th, 2000, 2:11 pm
Paul Bausch 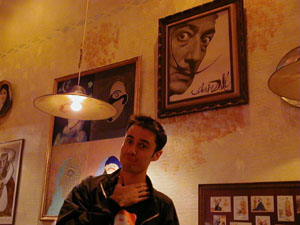 Jun 11th, 2000, 10:17 pm
Paul Bausch
tanka.
Jun 8th, 2000, 10:58 pm
Paul Bausch
xi theses state
hell is not other people
what now what now what
Jun 8th, 2000, 10:38 pm
Paul Bausch
Haiku seems to be the poetic form of choice amongst webloggers. It makes sense. One idea in a few lines. Like a post. I bet Basho would have been a blogger. I would like to read and participate in a group weblog renga...where each poet would link to the next stanza (tanka?) on a different blog by a different author in a chain. It would be especially nice if this would happen organically without some sort of central organization. Something that flows. It seems like a nice fit with the linking nature of the Web and the short form blogs.
Jun 8th, 2000, 10:37 pm
Paul Bausch
Sometimes you feel like a product of mass media—indifferently repeating slogans for products you are persuaded to purchase. Sometimes you don't.
Jun 8th, 2000, 9:54 pm
Paul Bausch
periodically.com: "These girls for some reason didn't want me in their picture. So I took myself out. I just can't understand!?" I think craig should have put himself in there more. Four or five goofy craigs in the background of that photo would have done it up right.
Jun 7th, 2000, 11:25 am
Paul Bausch
Today is national yo-yo day. I'm not sure why yo-yoing needs its own day. Every day is yo-yo day in my world. And how do you celebrate yo-yo day? Here are some ideas.
Jun 6th, 2000, 1:13 pm
Paul Bausch
Hey! Someone over at coolstop liked this site. :) Many thanks for picking me and for the flattering description. I am indeed one with the Internet as my about page says.
Jun 5th, 2000, 12:48 pm
Paul Bausch

Jun 3rd, 2000, 4:08 pm
Paul Bausch
skp and I just got back from a little hike through armstrong woods. here are some pics:
Jun 3rd, 2000, 4:07 pm
Paul Bausch
Traffic Wave Experiments: "You cannot dissolve the slowdown by accelerating out at the end, since you're still blocked by the driver ahead of you. The solution: bring a huge space in as you approach it. This temporarily cuts off the flow of incoming cars which feeds it and keeps it alive." This article that Matt found is very interesting if you deal with big traffic like me. The premise is: keep space in front of you, and you'll ease traffic. But if there's any space in front of you, someone will probably merge into your lane -- killing the space. hmm...getting zen about traffic is not easy.
Jun 2nd, 2000, 1:19 pm
Paul Bausch
I had a dream last night that I was marching down the streets of San Francisco with a mob of people in some sort of rally. I was snapping pictures. The best part: the whole crowd was singing We Are the World. and crying with joy. It felt like some sort of post-apocalyptic mad-max sorta misinterpreted pop-culture moment. ugh. No more peanut butter sandwiches for dinner.
Jun 2nd, 2000, 11:41 am
Paul Bausch
Happy June. It's good to hear that erik's doing well. And blogging. lots.
Jun 2nd, 2000, 11:29 am
Paul Bausch